The first day of Summer 2011 is June 21, so I figure I should post my thoughts on last year’s summer reading list before I get going on this year’s.

“I’m Down” by Mishna Wolff.  According to the Publisher’s Weekly review on Amazon:

Wolff details her childhood growing up in an all-black Seattle neighborhood with a white father who wanted to be black in this amusing memoir. Wolff never quite fit in with the neighborhood kids, despite her father’s urgings that she make friends with the sisters on the block.

I did in fact read this book, but memory fails. I do recall that it made me sad and angry, as memoirs about unhappy childhoods tend to. I know these kinds of stories are supposed to be uplifting (eventually), but it’s sort of like this ongoing argument my husband and I have about the movie Barton Fink, where he says it’s a comedy and I keep insisting that not only is it NOT FUNNY it’s actually a horror movie because, seriously, the NY playwright suffers crippling writer’s block and literally ends up in hell, writing scripts no one will ever read. Jonathan thinks this is HILARIOUS (and by the way — he’s a screenwriter) but I think it’s a nightmare. I felt the same way about Angela’s Ashes. Everyone was all, “Oh, it’s so wonderful and life affirming!!” but when baby number 3 died? I threw that book out the window. 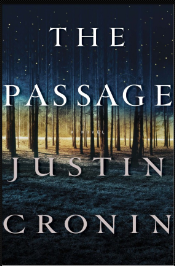 “The Passage” by Justin Cronin.

I read this book before I got my Kindle and mostly what I remember is that it was very heavy. I needed a whole other bag to cart this doorstop around. And then I found out it was the first in a trilogy, which kind of astounded me because, really, what else is there to say after a bajillion pages? Even The Stand wound things up after 1,000 plus pages. But OK, I really loved a lot of it, particularly the parts about the night watch in the post-apocalypse city. And I’ll read the next one, due in 2012.

“Fly Away Home” by Jennifer Weiner.

Jennifer Weiner wrote this book, hence, I loved it. I love her. I think she is my friend, although she most certainly is not as we have never met. We are connected on Twitter, however, and I hope against hope that somehow this will blossom into an actual friendship IRL where we shop for shoes together. This book was great, by the way, and quite sexy, which was unexpected and made me feel sort of the way I did when I read Forever for the first time (in the Jurassic period) — that is, naughty and squirmy.

One of my favorite teachers wrote this novel, so I was prepared to love it. This book is so New York, so Jewish, so full of family and food and angst. It was the literary equivalent of eating a great big pastrami sandwich with a side of well-done salty fries and a Diet Coke. Yum. 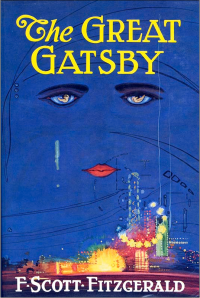 Yeah, didn’t read it. If I’m not mistaken, I got my hands on the sequel to Waiting to Exhale instead, and that was that. Which, by the way,  pissed me off, because seriously, I know you lost your reclaimed groove, Terry McMillan, but did we need to do that to Gloria? And to Savannah? No, we did not.